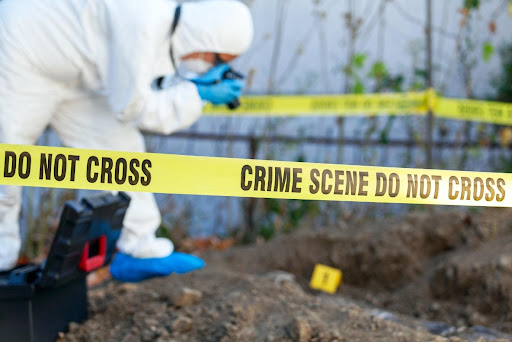 The study of criminology began in the 18th century when scholars questioned the treatment of criminals and reformed criminal laws. The word criminology derives from the Latin word crimen, which means accusation, and the Greek word logia which describes the study of a concept or subject.

Criminology is the scientific study of the nonlegal aspects of crime and criminals and how crime affects victims and society. It examines theories and ideas about how and why crime occurs. It also looks at ways to minimize and stop criminal behavior. Criminologists attempt to understand why some people are more likely to be criminals or delinquents. Some criminologists feel a responsibility to effect change and have campaigned against capital punishment and supported legal reforms.

A criminologist’s day-to-day work can involve researching why people commit crimes. They analyze data from surveys and intelligence and advise policymakers in the policing and justice systems. They work on rehabilitation and crime reduction and visit probation services and prisons to speak to offenders and ex-offenders.

Earning a degree in Criminology is the first step to take if you are interested in working in this field. If you can’t commit to an in-person program, then online study is a great alternative. Programs such as the Laurier Online BA in Criminology and Policing give you a great overview of the field and can be studied online to provide you with full flexibility. Applicants do not need experience in law enforcement and can learn from experts in the field to prepare for a career in criminology and justice. Areas covered in the program include Police Psychology, Mental Health and Justice, and Qualitative Methodologies in Criminology, which will help students gain insight into key areas of academic research and how it is applied.

Online study can be a good way to learn for people who are in full-time employment and have family responsibilities. Lectures are often recorded, so study times are flexible and can suit the individual. Although students do not meet on campus, they can support each other through virtual communication. Studying while working can be beneficial because you can apply what you learn to real-life situations and use the qualification you gain to advance in your career.

Criminology uses a scientific approach to understand crime and criminal behavior. It is an interdisciplinary science that draws on other scientific subjects, such as sociology, psychology, psychiatry, social anthropology, criminal law, forensics, statistics and research. Researchers cross boundaries between disciplines and look at different perspectives to gain a deeper insight into their subject.

Forensic science is the scientific process used in criminal investigations. This includes the analysis of the crime scene and procedures in an autopsy, which examines the body after death. It also involves DNA testing, fingerprint analysis and finding hidden digital files. Most of the forensic work today involves analyzing DNA and fingerprints left at a crime scene. DNA evidence has only been used since 1985 but now plays a significant role in solving crimes and has put millions of criminals in prison. In murder cases, autopsies can help determine how someone died. Specialist forensics can be used to find serial killers and terrorists. Methods can include tracing pollen or fungal spores to find out where a criminal has been and using insects to find out how long a person has been dead. With advances in technology, digital forensics are used increasingly in criminal investigations. Evidence is found in digital media such as mobile phones and computers. Evidence can be recovered to confirm criminal behavior, such as the inappropriate use of the internet and fraud.

Criminology is considered a branch of sociology and uses sociological concepts and techniques. Relating crime and justice to people and society provides a greater understanding of the causes of people’s attitudes, behavior and beliefs. Looking at the political, economic, cultural and human elements involved, more effective ways to deal with criminality can be found. Criminologists take a sociological viewpoint of how the criminal justice system deals with victims and offenders. Criminologists argue the sociological view that crime is a product of society. Sociology considers the community and how it relates to criminals, taking a critical approach to current social issues.  Sociology finds patterns that relate to the background and conduct of deviant people and social groups.

Many criminological theories have been developed based on research in sociology. These theories claim that criminal behavior is a normal reaction to particular social circumstances. The differential association theory asserts that the more contact people have with criminals, the more likely they are to adopt criminal beliefs and conduct. The idea of anomie is that criminality results from the offender’s inability to achieve their goals by legally acceptable means. This leads to a criminal subculture evolving with a different set of values. Labelling theory is about society regarding a one-time criminal as always being a criminal, making it less likely that the offender will adopt law-abiding behavior.

Psychologists study the mind and behavior and treat mental and behavioral disorders. They focus on the offender’s personality and the interaction of genetics and social experiences to explain criminal behavior.

Antisocial personality disorder can have a strong connection to criminality. This disorder causes impulsivity which involves engaging in lots of activity, being easily distracted, acting without thinking and desiring immediate gratification.

Mental illness is the cause of very little crime, but the crimes tend to be serious. However, research has shown that people with mental illness are more likely to be a victim of violent crime than the offender.

Criminology is underpinned by a few fundamental theories that stem from psychology. One of these is Conflict Theory, which suggests that some crimes are caused by social conflict, usually between different social classes or groups. The Choice Theory categorizes why people commit crimes and uses psychology to understand a person’s reasoning in deciding that the punishment is worth the crime. These theories came from observations made by psychologists of people in their particular societies and culture. Criminologists study psychology concepts to learn the foundations of criminology and consider criminals’ minds. They use psychology to understand more about people who commit or will commit crimes. Criminologists can use psychology theories to find connections between criminals and prison inmates. These observations are used to try and prevent crime and reform offenders.

Psychiatrists can be used to inform the court as to whether a defendant has a mental illness. A mental illness cannot usually be used as a defense, although it may result in a shorter sentence. There are a few exceptions:

Criminology is a complex subject, and no single factor results in a crime being committed or whether a society has low or high crime rates. Researchers investigate criminal matters that are constantly evolving, and findings may influence policies and procedures.

Eyewitness testimony refers to people’s accounts of an event they have seen. There has been research into the reliability of eyewitness testimony and whether statements should be allowed in court. It has been found that certain factors can affect these testimonies:

Anxiety and stress – This can affect the reliability of testimonies about violent crime.

Reconstructive memory – Memories can be influenced by our norms and values and how we make sense of the world. We do not remember exactly what we saw as we process the information according to our perception.

Focus on weapons – If a gun or knife is used, observers may focus on the weapon and have less accurate recall about what else happened.

The ASC’s Division of Convict Criminology advocates for progressive justice reform for prison inmates. For many years they have published The Journal of Prisoners on Prisons written by prisoners and covering all aspects of prison life, such as life sentences, use of force and solitary confinement. It allows the voices of prisoners to be heard and contributes to research that concerns them directly.

Social anthropology is the comparison of cultures around the world. It seeks to find the differences and similarities between societies and to understand how they are organized. It is about seeing life through other people’s perspectives when trying to understand and tackle social inequality such as issues around race and class. They want to discover the life stories that have not been told.

Criminologists draw on social anthropology perspectives about global societies and cultures. Participant observation is a kind of research that includes observation and participation in other people’s lives and practices. Social anthropology looks at a wide range of subjects, including violence, poverty and the alleviation of suffering.

There were issues with violence and crime with gangs in Belgium. These gangs are a closed community, and very little is known about them. A social anthropologist used participant observation to research the attractiveness of gangs and why people want to join them. The young, white female researcher hung out with 30-40 black Congolese gang members for a year and a half. She was very different from the Congolese gang members, but she felt this helped her be accepted. Over her time with the gang, she learned about their way of life, their customs and cultural beliefs and why people wanted to join.

Criminologists need to have a good understanding of criminal justice. They learn about the foundations of the justice system: the law, police, prisons and prosecution. They also study law reform, campaigning, inequality and human rights and examine the relationship between law, society and culture. They question whether criminal justice is fair and just.

According to conflict theory, the rich and powerful are more likely to obey the criminal law because it usually serves their best interests. They are also less likely to be incriminated when they do break the law.

Statistical methods can be used to answer questions about crime. They can help provide insight into issues and clarify situations to develop a better understanding. They allow for a more critical and accurate analysis. Statistics can help classify crime into different social groups, so the focus on crime prevention is well-directed.

Figures can reveal patterns of crime in society and influence criminal justice decision-making and policy research. Crime statistics are drawn from police records and other official organizations. The accuracy of data has been questioned. For example, not knowing how many crimes were unreported. However, despite the limitations, criminologists still see statistics as valuable.

An example of statistics and crime is that during the first three months of lockdown in the UK, there was a marked decline in people being victims of crime. Crime overall dropped by 8%, and theft reports decreased by 26%. Two contributory factors were unessential shops being closed and more people being at home.

Criminology is closely associated with other disciplines.  It draws on various methods and understandings to develop an informed approach when questioning the effectiveness of criminal justice in today’s society. Criminologists integrate the data, theory, research and practical viewpoint from many disciplines to understand, explain and prevent unlawful behavior.