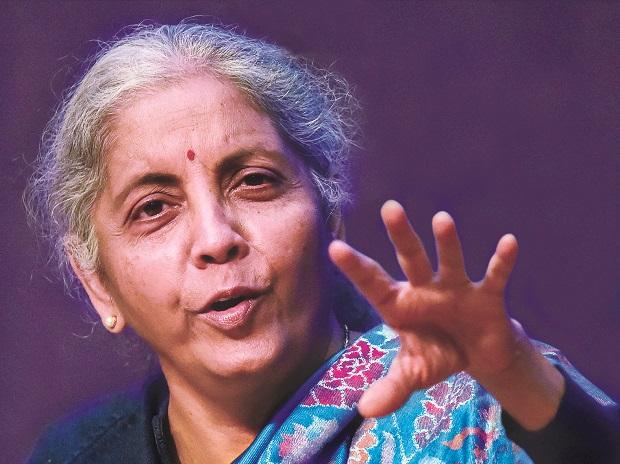 
Reeling statistics while replying to a discussion on Budget 2022-23 in the Lok Sabha, she said inflation was in double digits and policy paralysis of the Congress-led UPA regime pushed India into the category of ‘fragile five’ economies of the world.

During her over 100 minutes reply, she said certainly there was an “Andh Kal in this country (during UPA 1 and UPA 2) and that was entirely due to the Congress.“

She further said there was ‘Andh Kal’ when Emergency was imposed by Congress and the 1991 crisis when the foreign exchange reserves of the country dropped just to two weeks’ import bill.


The minister was responding to Congress member Shashi Tharoor’s allegation that the Modi government is taking the country towards ‘Andh Kal’ instead of ‘Amrit Kal’.


Sitharaman said there was a time when corruption was rampant and everywhere there were headlines about scams.


“Every day there was headlines in the papers about corruption — coal scam, 2G scam, Antrix Devas scam, middlemen everywhere. The country did not know what was happening. It was dreadful to see the paper with yet another scam, that was Andh Kal,” she said.


Not knowing how to deal with the country after the global financial crisis, she said inflation touching double-digits and also the macroeconomic fundamentals going haywire was the ‘Andh Kal’.


During the Narendra Modi government, she said, Jan Dhan accounts were opened which had a total deposit of Rs 1.57 lakh crore. Of the total, 55 per cent account holders are women.


She also said 44 unicorns were identified in the country in 2020-21, every village has been electrified, street vendors are given loans and small farmers given financial assistance, which indicate that the country is moving towards ‘Amrit Kal’.


She further said MSMEs are being given loans and schemes of the government like Production Linked Incentives (PLI) and Gati Shakti are going to generate jobs.


Banks have sanctioned loans worth Rs 3.1 lakh crore under the Emergency Credit Line Guarantee Scheme (ECLGS) for the MSME sector that was impacted by disruptions due to the coronavirus pandemic.


The scheme has been extended till March 2023.


“Those MSMEs who still want to benefit out of it are welcome to use it… the amount of loan sanctioned under the ECLGS is Rs 3.1 lakh crore and guarantee space is still Rs 1.4 lakh crore,” she said.


As much as Rs 2.36 lakh crore has been disbursed to MSMEs, she said.


The minister further said the Modi government has managed the economy during the pandemic-triggered crisis in a much better way compared to the Congress government which handled the oil crisis in 1972-73, Iraq-Iran war in 1979-80 and the global financial meltdown in 2008-09.


Despite the once-in-a-century pandemic, the government did not allow inflation to go beyond 6.2 per cent and maintained current account surplus, notwithstanding the Rs 9.57 lakh crore erosion in GDP during 2020-21.


Referring to the Budget proposals, she said the government is focussing on increasing capital expenditure (capex), which has a higher multiplier effect.


The Budget has raised capex by 35.4 per cent for FY23 to Rs 7.5 lakh crore to continue the public investment-led recovery of the pandemic-battered economy. The capex this year is pegged at Rs 5.5 lakh crore.


The spending on building multi-modal logistics parks, metro systems, highways, and trains is expected to create demand for the private sector as all the projects are to be implemented through contractors.


On the other hand, Sitharaman said the government has been trying to cut down revenue expenditure which has a much lower multiplier effect.


She also said the Centre has increased allocation for various social sector schemes.


On the allegations of rising inequality, she said the government is promoting financial inclusion and providing loans under PM Mudra Yojana.


PM Mudra Yojana has created 1.2 crore additional jobs since its launch in 2015, she said, adding urban unemployment has declined and reached the pandemic level.


Talking about the weak financial health of BSNL, she said the UPA government is responsible for it as it did not provide adequate financial support to the state-owned company.


Also, she said, it bled MTNL by charging Rs 11,000 crore towards spectrum fee.


The Modi government, on the other hand, is providing adequate financial support to these companies to make them viable.


Responding to DMK member Dayanidhi Maran’s remark over her absence in the Lok Sabha during discussions on the Budget, Sitharaman clarified that she is an elected member, and not a nominated member, of the Rajya Sabha, and her absence was with the prior permission of the Speaker.


She also said it is unbecoming of a member to belittle someone from the Rajya Sabha even if one is nominated by the government for some exceptional achievements.


She also mentioned that she has high regard for Murasoli Maran, Dayanidhi Maran’s father, for playing a key role at the Doha meeting of the World Trade Organisation (WTO).


She added that Murasoli Maran was also a three-time member of the Rajya Sabha.


Accusing the UPA government of surrendering India’s interest at the WTO’s Bali round in 2013, she said the situation was rectified by the Modi government, otherwise it could not have procured foodgrains from farmers at MSP from 2017 onwards.

(Only the headline and picture of this report may have been reworked by the Business Standard staff; the rest of the content is auto-generated from a syndicated feed.)