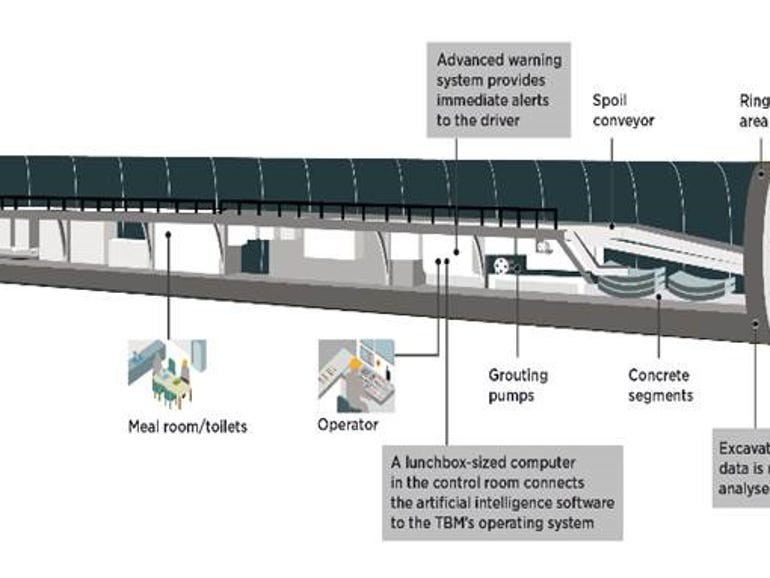 The autonomous machines are being built as part of an AU$2.16 billion Western Tunnelling Package that was awarded to the Gamuda Australia and Laing O’Rourke consortium, which has contracted manufacturer Herrenknecht to design, build, and deliver the machines.

According to the state government, the machines will feature artificial intelligence software, developed by Gamuda, that will be used to automatically steer, operate, and monitor various TBM functions.

“While an operator remains in control, the autonomous system takes on all repetitive tasks from the operator with greater accuracy,” Minister for Transport David Elliot said, claiming that the use of autonomous TBMs will be an Australian first.

“The technology also allows the TBMs to be more accurate and precise, reducing the time required to excavate the nine-kilometre tunnels, therefore saving project costs.”

The autonomous machines are expected to be delivered by the end of 2023 where they will be used to construct the metro rail tunnels from Sydney Olympic Park to Westmead.

Each machine will be designed to excavate through sandstone and shale and are expected to each weigh 1,266 tonne and be 165 metres long. They will tunnel an average of 200 metres per week with a team of 15 workers per shift, the NSW government said.

“While these machines look the same as others used on Sydney Metro projects, this technology means exact tunnelling speed and force is used. This lessens the impact on the equipment which reduces the amount of down-time for maintenance,” Elliot said.

The autonomous machines will join a fleet of TBMs that are set to build 24-kilometre tunnels from the Sydney CBD to Parramatta.

The state government has also announced that following a trial with more than 1,400 tradies, the digital contractor licence is now available to all individual contractor licence holders state-wide on the Service NSW app. This will enable tradies to access their work licences and contractors, as well as provide consumers with the chance to quickly check a tradies’ credentials.

Off the back of this launch, digital qualified supervisor and tradesperson certificates are expected to be rolled out later next month, the state government added, noting physical licence cards will also remain an option.