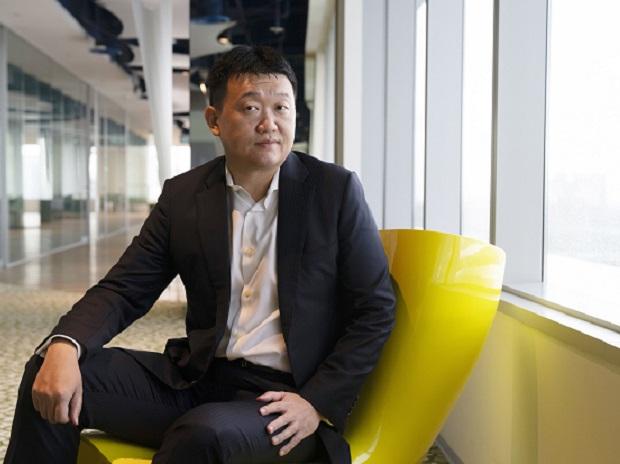 Sea Ltd. lost more than $16 billion of value in its biggest daily market drop after India abruptly banned its most popular mobile gaming title. Investors are growing concerned the ban may just be the start of the company’s troubles.


Singapore-based Sea went public in 2017 and quickly became the most valuable company in Southeast Asia, based on its potential to expand its offering of gaming, e-commerce and financial services beyond its home turf. New Delhi’s decision to ban Free Fire — a lucrative title for the company — highlighted Sea’s challenges from geopolitical tensions as well as mounting competition from rivals like Alibaba Group Holding Ltd.’s Lazada.

India has banned hundreds of Chinese apps over the past two years, but the expansion of that policy to Sea took management and investors by surprise. The startup was founded by Forrest Li, who was born in China but is now a Singaporean citizen. Its biggest shareholder is Tencent Holdings Ltd., the Chinese social media giant.


“India is seen as one of the next major growth drivers for Sea’s e-commerce and gaming arm outside Southeast Asia,” said Angus Mackintosh, founder of CrossASEAN Research, which publishes reports on Smartkarma. “With the Free Fire ban, there’s a risk that the authorities would also turn on the Shopee app, and Sea could lose that upside for growth.”


Investors worry that India could potentially also ban Shopee, the second pillar of Sea’s business, where it had about 300 employees and 20,000 local sellers as of December. On Monday, Li reassured shareholders at its annual general meeting that the company had a grip on the situation. He didn’t comment on the Free Fire ban in India.


“Sea is a Singaporean company and we aim to partner in India’s digital economy mission,” the company said in a statement in response to queries from Bloomberg News. “We are committed to protecting the privacy and security of our users in India and globally, we comply with Indian laws and regulations, and we do not transfer to or store any data of our Indian users in China.”


The Free Fire game was the highest grossing mobile game in India in the third quarter of 2021, according to industry tracker App Annie. JPMorgan analyst Ranjan Sharma slashed his price target by about 40% to $250, citing heightened nervousness around Sea’s gaming franchise.


The ban on Free Fire could curb Sea’s overall digital entertainment business, limiting its ability to bankroll Shopee’s expansion into new markets, said Oshadhi Kumarasiri, an analyst at Lightstream Research who provides research reports on Smartkarma. “With Free Fire banned in India, the state of Shopee’s expansion in India is at risk,” he said. 
Sea remains one of Southeast Asia’s biggest success stories, an online retail and entertainment empire that generates almost $10 billion of annual revenue. Some 32 of 33 analysts still maintain buy or overweight ratings on the stock. Its stable of global backers include Cathie Wood’s Ark Investment Management. The superstar fund manager bought more than 145,000 shares on Monday, according to Ark data compiled by Bloomberg.


The most immediate question is whether Sea can appeal India’s decision and reverse it — or, if it fails, whether that ban will extend to its other businesses in the world’s fastest-growing internet economy.


On the face of it, Delhi has little justification for going after the company. Sea is officially a Singaporean enterprise — it’s registered there and most of its workforce, including Li and his lieutenants, operate out of the city state. Executives have openly championed programs to aid employment and education in Singapore, among other things.


Representatives for Singapore’s Ministry of Foreign Affairs and India’s Ministry of Home Affairs had no immediate comment on the matter.


But its links to the world’s No. 2 economy remain strong. Founded in 2009 by Li, Gang Ye and David Chen, a majority of its senior executives either hail from or have strong links with China.


Tencent, Sea’s long-time backer, is undergoing a national security review in the U.S. Last month, the internet giant divulged plans to sell $3 billion of Sea stock to reduce its holding to 18.7% from more than 20%, while eventually taking its voting interest down to less than a tenth.


Some analysts viewed that move as an effort to clear up questions about Sea’s origins and who calls the shots at the company. But apart from any attempt to assuage those concerns, Tencent’s gradual retreat is in itself a potentially significant blow to the company.


While Tencent is Sea’s largest shareholder, it’s adopted much the same hands-off approach it takes with other investees in China. But its backing was instrumental in Sea’s ascendancy especially in past years, when it ranked among the world’s best-performing stocks.


Leveraging Tencent’s enormous experience with global distribution platforms and business model, Free Fire rapidly garnered more than a billion downloads on Google Play, ranking it among the most popular titles in the world. Li has been candid about relying on Tencent’s expertise, particularly in Sea’s early days, and his attempt to emulate its business practices.


It’s unclear how Tencent’s sell-down would affect that relationship. Both sides have affirmed they will continue to work together. But Tencent itself is now embarking on an overseas expansion after Chinese regulators launched a crackdown on the gaming sector at home — meaning it will inevitably vie with Sea for some of the same gaming audiences — just not in India.


“Any kind of cracks in the revenue stream from gaming will be picked up on by the investment community,” Mackintosh said.