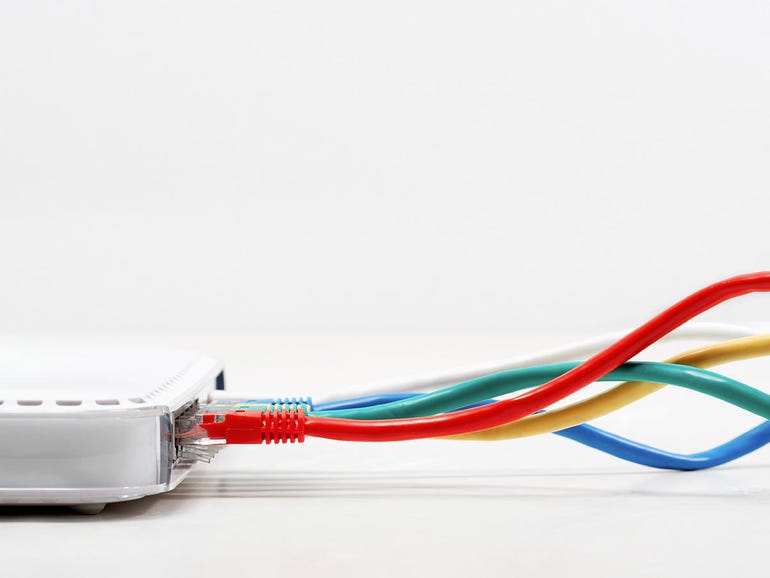 The White House announced today that more than 10 million households have enrolled in the Affordable Connectivity Program, the largest ever broadband affordability program in the US.

During a White House event on Tuesday, Vice President Kamala Harris, Federal Communications Commission Chairwoman Jessica Rosenworcel and Senior Advisor Mitch Landrieu made the announcement, noting that the program was created through the Infrastructure Law and is a $14.2 billion successor program to the Emergency Broadband Benefit that was pushed through during middle of the COVID-19 pandemic.

The Affordable Connectivity Program allows low-income households to apply and receive a discount of up to $30 per month toward internet service and up to $75 per month for eligible households on Tribal lands.

Eligible households are also given the chance to receive a one-time discount of up to $100 to purchase a laptop, desktop computer, or tablet from participating providers if the household contributes more than $10 and less than $50 toward the purchase price.

A household is eligible for the Affordable Connectivity Program if the household income is at or below 200% of the Federal Poverty Guidelines, or if a member of the home takes part in programs like SNAP, Medicaid, Federal Public Housing Assistance, SSI, WIC, or Lifeline. Those who participate in Tribal specific programs — like the Bureau of Indian Affairs General Assistance, Tribal TANF, or Food Distribution Program on Indian Reservations — are also eligible.

Those who are eligible to participate in the National School Lunch Program or the School Breakfast Program, including through the USDA Community Eligibility Provision, as well as those who received a Federal Pell Grant during the current award year are also given access to the program.

“The Biden-Harris Administration is committed to removing barriers to high-speed, affordable internet access. Thanks to the Bipartisan Infrastructure Law, millions of families who previously could not get online or struggled to pay for this modern-day necessity are now connected,” The White House said.

“The President and Vice President have made it a top priority to ensure all Americans have access to reliable, affordable, high-speed internet to learn, work, and participate in the 21st century economy. Broadband connectivity is vital for work, school, health care and more. But affordable broadband remains out of reach for too many, with one estimate showing almost one out of three internet users worried about paying their internet bills during the pandemic. President Biden, Vice President Harris, and the entire Administration are committed to changing this through implementation of the broadband provisions of the Bipartisan Infrastructure Law that address the affordability of internet service, a modern-day necessity.”

Multiple telecommunication giants, including Comcast and T-Mobile, have urged customers to take part in the program and offered special deals for those who do.

The FCC will be working with other government bodies to host ten Affordable Connectivity Program enrollment events in different areas of the country over the next month.

Evan Marwell, founder and CEO of national nonprofit EducationSuperHighway, said the fact that 10 million households are now enrolled in the Affordable Connectivity Program validates the need for a permanent broadband subsidy program.

The “broadband affordability gap” keeps 47 million Americans offline, is present in every state, and disproportionately impacts low-income, Black, and Latinx Americans, Marwell explained. During the pandemic, more than 15 million students were not able to attend school due to the at-home connectivity gap.

EducationSuperHighway spent years working to bring high-speed internet to every school in the country and pivoted in November to helping the more than 18 million US households that have access to Internet services but cannot afford it.

Marwell explained the large number of households enrolling in the Affordable Connectivity Program showed there is tremendous need for assistance and said the program cannot be allowed to expire in 3-4 years.

“At the same time, the Affordable Connectivity Program has done little to actually close the digital divide. The vast majority of households that have enrolled in the ACP (estimated to be in excess of 90%) already had home broadband or are using it for their wireless phone bill,” Marwell said.

“This is why, even with 10 million households enrolled, the adoption rate of the Affordable Connectivity Program is less than 30% of eligible households — we are not connecting those most in need of home broadband. For the program to truly be considered a success, it needs to make meaningful progress in actually closing the digital divide by helping 50-75% of the 18 million unconnected households with access to the internet sign up for a home broadband connection.”

Marwell told ZDNet that the FCC and its partners need to focus their outreach efforts on unconnected households rather than those that already have Internet access. He noted that they are planning to spend $100 million over the next five years on the effort.

But he added that the government bodies need to simplify the process for unconnected households to enroll in the ACP by allowing non-profits, trusted institutions, and local governments to assist them with the ACP enrollment process both in person and over the phone.

Without such assistance, Marwell said the government will create a catch-22 for unconnected households — they don’t have internet access, but the primary and most efficient way to enroll in the ACP is over the internet.

“This is a barrier that few unconnected households have been able to overcome and we must harness proven assisted enrollment strategies for overcoming this challenge if we want to make meaningful progress in closing the digital divide,” Marwell said.

“Finally, we need NTIA to ensure that Digital Equity Act funds from the Infrastructure Investment and Jobs Act are used to identify and enroll unconnected households in the ACP.  By making this a priority for the $2.75 billion investment Congress has made in digital equity and adoption, NTIA can make more progress in closing the digital divide, more quickly than with any other broadband program in the Infrastructure Act.”

Gary Smith, CEO of software company Ciena, noted that the funding will take a while to reach the right companies and households, and we should not expect it to close the digital divide overnight.

A concerted effort from companies across the telecoms sector is now required to reach those most at risk of being left behind as quickly as possible, Smith explained.

“Greater collaboration and infrastructure sharing, alongside further investment in software and automation, will lower the cost for service providers to extend networks and deliver affordable services to under-connected communities,” Smith said.

“Every technology leader should now be asking themselves if there’s anything more that they can do to help level-up connectivity across the nation.”