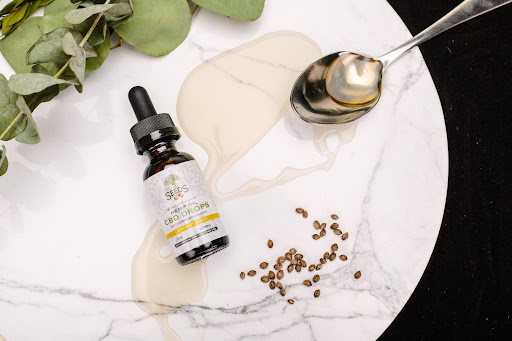 We’re breaking no new ground by repeating the oft-toted refrain that hemp products are nothing short of wonderful, but that their history of illegality from moral guardians and chest-thumping politicians has unfairly hindered its place in the market. There’s no sense being coy; the only ones still opposed to cannabis are fragments of the political and religious right, and even then there are plenty of people who have come around. Still, the illegality of the plant has obfuscated the many health benefits of cannabis products that have nothing to do with recreational marijuana as a drug, and no truer is this than with products derived from hemp.

Thanks to a history of misinformation campaigns, cannabis in all of its forms has been demonized through association with its use in drugs. While hemp comes from the same cannabis sativa plant that psychoactive marijuana comes from, it contains significantly less THC and is difficult to process into anything that could mimic the drug. While not impossible to do so – indeed, Delta 9 products are made from THC extracted from hemp instead of cannabis, making it legal under the 2018 Farm Act – this difficulty makes hemp’s uses vastly different than the parts of the plant harvested for its mind altering effects. According to hifi farms there are more health benefits someone can enjoy with hemp than almost any other commercially available plant. This article will explore some of those benefits.

Cannabis sativa is one of the hardiest, most useful plants for industrial production in the world. The fibers of the plant can be used to make a frankly alarming number of useful products, including clothing, canvas material, and strong rope. These products essentially made life in the beginning years of the United States, making up a majority of clothes as well as tents and wagon covers. As you can see here, the production potential is staggering. If you farm it correctly, you can derive over five thousand pounds of hemp straw per acre, which can be processed into roughly thirteen hundred pounds of the plant’s famous fibers.

That fibrous material is the foundation for a lot of products that dominated the early textile industry. While you’re probably familiar with the popular modern shirts and hoodies woven from hemp, that classic stoner look, there’s still a lot of modern utility in the plant beyond a particular fashion. You may have products in your own home that incorporate hemp into their construction! It’s common to find it in hats, canvas bags, and camping equipment if you’re something of an outdoorsy type. While it can be found in the modern world, the hemp industry is a shadow of what it once was.

From the advent of the country to the 1920s, the clothing industry was dominated by the plant. Its main rival, cotton, didn’t find the same ubiquity in the market until that time, when production was beginning to ramp up such that it rivaled cannabis. A series of misinformation campaigns and moral panics surrounding marijuana culminated in the 1930s, and led to hemp becoming illegal and leaving a vacuum for cotton to fill. Cultivating cannabis for industry required a special permit from the DEA, which was difficult to obtain. This illegality lasted until 2018’s Farm Act, which restored full legal right to cultivate it fully. While it may never again see the same domination of the industry, cannabis textiles are beginning to see recovery as an industry, albeit slowly. 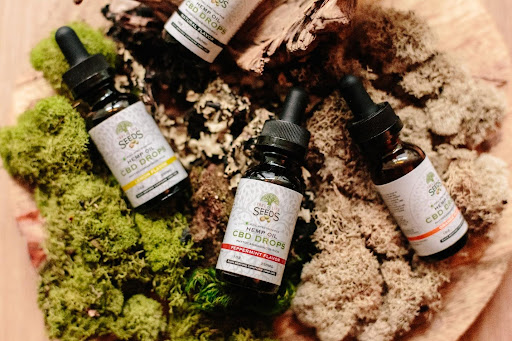 That recovery has come largely from a surprising source: oils and seeds. While fibers were once the dominating force of the cannabis market, you’re far more likely to find health supplements derived from the plant than you are to find clothing. It’s easy to see why! There’s a surprising amount of versatility in their health benefits. The seeds, for example, are edible on their own, both with and without their iconic shells. They’re full of antioxidants and a natural way to reduce the amount of free radicals floating around in your blood. They’re also a natural source of omega-3 and omega-6 fatty acids. They’re high in natural nutrients, which makes them popular when ground up into a fine meal used in cooking. Whether processed into your food or eaten on their own, these seeds are fantastic sources of a lot of what your body needs.

Oils also have their place in healthy living, though those benefits are still under a lot of research. What has been determined by peer review studies, some of which you can find at https://www.webmd.com/diet/hemp-health-benefits-nutrition-use, is that the primary benefit of hemp oil comes from its unusually high amount of vitamin E. Vitamin E is one of the most important minerals for immune functionality. It and the seeds alike are also a natural source of plant protein, which makes them popular choices for vegans and vegetarians. GLA, or gamma linolenic acid, can reduce he painful and nauseating symptoms of monthly menstrual cramps for people with uteruses. They’re also great for digestion thanks to the ease with which they pass through the human body. While more peer review is needed – and, indeed, is underway – those benefits that have been conclusively determined are already more than enough to justify adding hemp oil and seeds into your lifestyle. More benefits are being discovered every day. Seeds and oil have earned their place in healthy lives.