Inside Brooklyn’s Most Tranquil Celebrity Neighborhoods 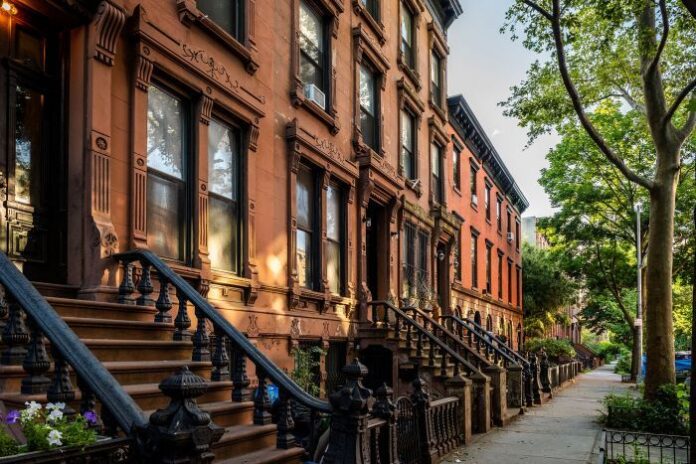 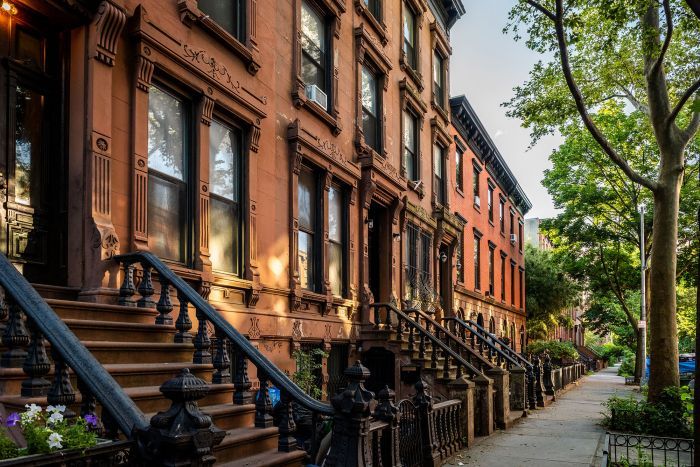 Long before a pandemic put personal space at the top of every New Yorker’s real estate list, a growing number of celebrities began a quiet migration from the paparazzied streets of SoHo and Tribeca toward the peace and privacy of Brooklyn.

Paul Bettany and Jennifer Connelly have long called Brooklyn Heights home, along with Paul Giamatti, Bjork, Matt Damon, and Adam Driver. Maggie Gyllenhaal, Patrick Stewart and Steve Buschemi are all synonymous with Park Slope, and a long list of A-listers follows, even in deeper neighborhoods.

Among the borough’s most low-key celebrity havens is BoCoCa, a quirky portmanteau used mostly by real estate agents that encompass Boerum Hill, Cobble Hill and Carroll Gardens. Nestled just below Brooklyn Heights, this sprawling district of parks, cafes and brownstones has managed to remain unpretentious – even small-town – despite attracting some of Hollywood’s biggest stars. Here’s a peek inside each BoCoCa neighborhood and the notable residents who call this area home. 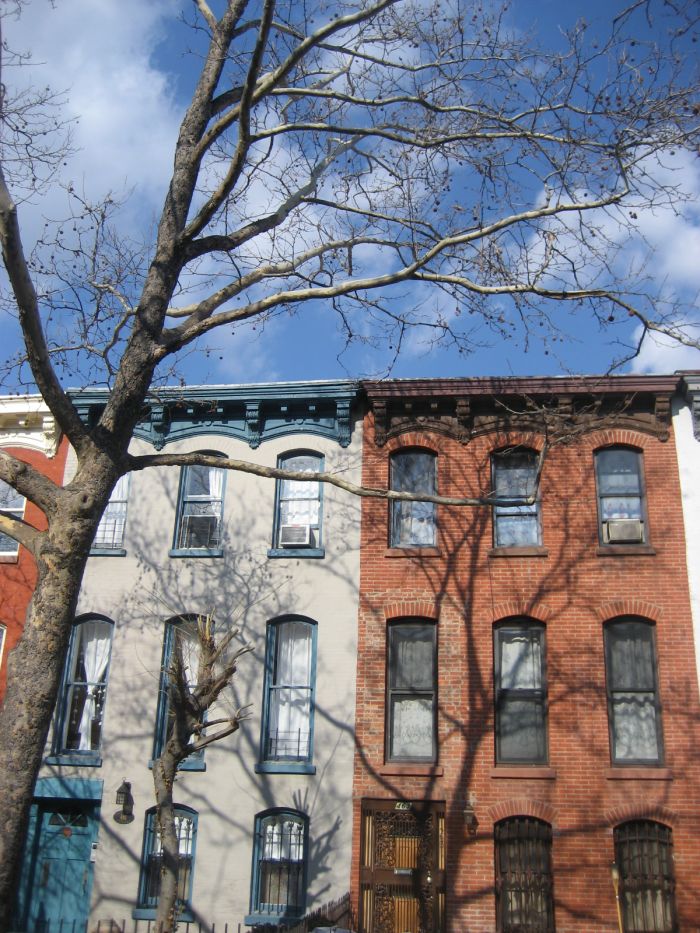 Zach- Boerum Hill is known for its rowhouses

A slice of suburban life with tree-lined sidewalks, community block parties and plentiful bike lanes, Boerum Hill claims Kerri Russell, Ethan Hawke and Emily Mortimer. Those who live here find refuge in its slow pace, but for those who crave action, the neighborhood also offers a lively stretch of restaurants and boutiques on Smith Street and close proximity to Atlantic Avenue. Luxury real estate in Boerum Hill ranges from classic brownstones to historic red-brick townhouses, with an average selling price of about $1.5 million, according to Realtor.com. At the highest end of the spectrum are modern mansions like the $12 million glass-walled townhouse at 57 Wyckoff Street, listed by Corcoran. 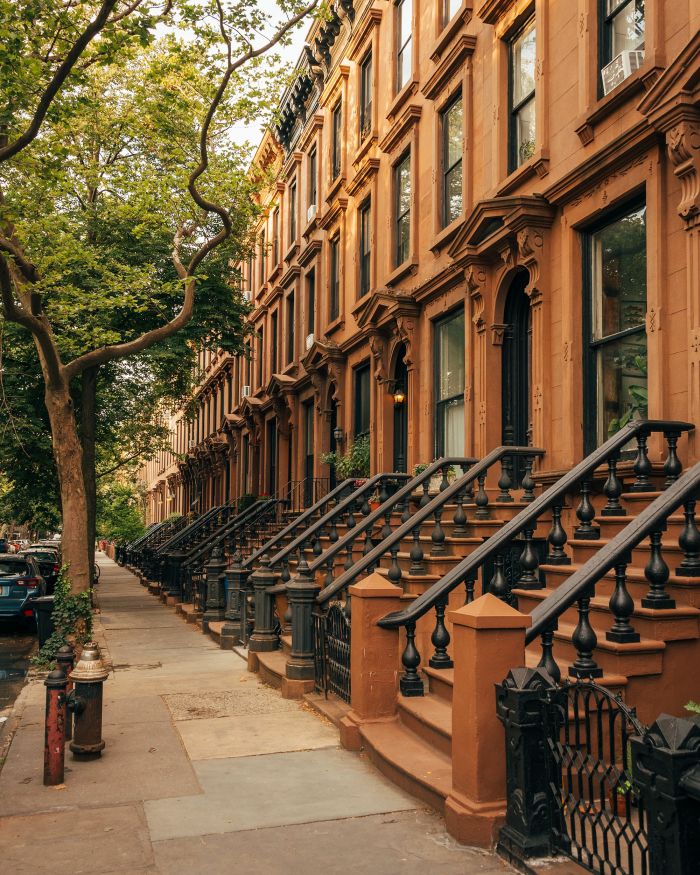 Despite an average listing price of $1.9 million, Cobble Hill still offers a wide range of property options, especially on the outskirts. For example, at 85 Livingston Street, a luxury building on the border of Brooklyn Heights and Cobble Hill (technically in downtown Brooklyn), you can still find units under $400k. At 233 Pacific Street, which borders Boerum Hill, a 1-bedroom condo listed by Greg Mire of Compass is going for just under $2.2 million. At the upper end are renovated historic homes like 479 Henry Street, a $7.5 million townhouse recently put into contract by Ravi Kantha of Leslie J. Garfield & Co. 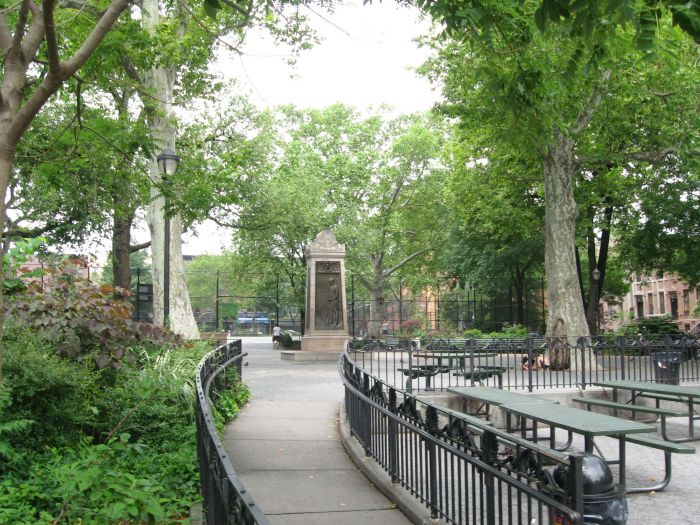 Solange Knowles and Jemima Kurke are residents, but the biggest ‘celebrity’ of Carroll Gardens might be Lucali, a no-reservations pizzeria that counts Beyonce and David Beckham among its fans. Upscale, independent businesses define this quiet neighborhood, from award-winning eateries to boutiques featured in Goop.

With an average listing price of $2.2 million Carroll Gardens is among Brooklyn’s priciest neighborhoods. Inventory ranges from charming co-op apartments in brownstone buildings to sprawling mansions found only in deep Brooklyn. At the top of the current market is the 40-foot-wide 399 President Street, a $9.9 million townhouse listed by Corcoran with 7 bedrooms, an outdoor kitchen, and a 2-car garage.

Although “BoCoCa” hasn’t exactly caught on among New Yorkers in conversation, that hasn’t stopped home hunters and the celebrity-curious from wanting to learn more. Since emerging in the early aughts, more than a 1,000 people search for the term every month. Between the charming brownstones, wide open sidewalks, and small-town vibe, this quirky area has earned a permanent place among New York’s most interesting neighborhoods.

About the author: A freelance writer who works with real estate agents, including some featured in this article. All average neighborhood prices sourced from Realtor.com.